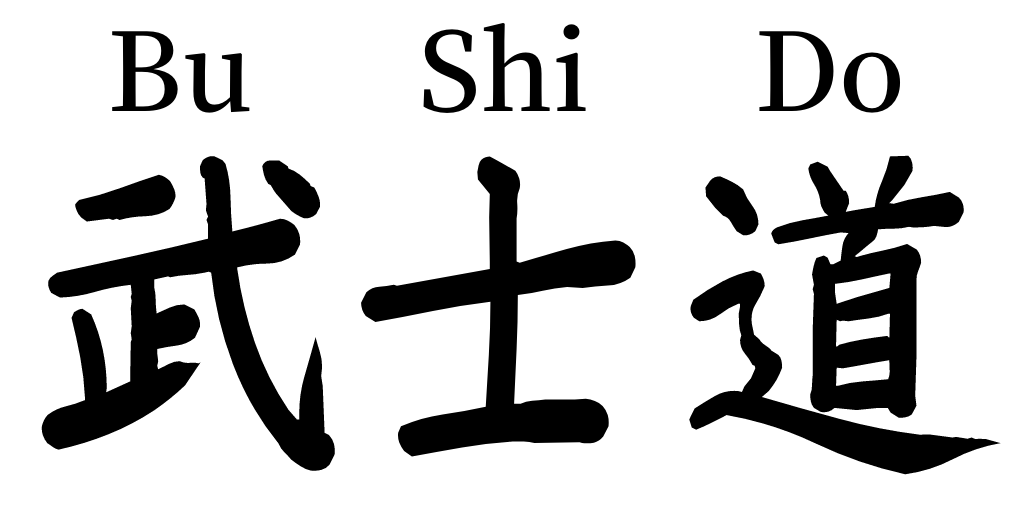 I have been practicing aikido for over 50 years now, and one of the aspects of aikido that I find tremendously attractive and engaging is the philosophical and moral underpinnings, for we practice a morally principled martial art.  The samurai code of conduct known as Bushido and the practices of Zen Buddhism permeate aikido, and the purpose of this series of articles for the TAA Newsletter is to explore that relationship.

The word Aikido literally means the “Way of Harmonizing Spirits,” and the ultimate goal of aikido is to be able to protect ourselves and our loved ones without maiming or killing our attackers.  Doing so, however, takes tremendous physical, mental and emotional control.   How do we develop those traits?

In other words, by practicing our techniques diligently we are able to train our minds and our emotions to achieve the goal of harmony.  Another way of looking at that can be seen in one of the fundamental statements that we use constantly in Tomiki Aikido: Mushin, mugamae.  I.e., no emotion and no stance. Being without emotion allows us then to envelop the emotions of others, including our attacker, and use those emotions, coupled with the attacker’s own energy, against him.

Bu-shi-do (武士道) literally means Military-Knight-Ways.  As Inazo Nitobe, the tremendously gifted author of the seminal book, Bushido: The Soul of Japan, put it, bushido means “the ways which fighting nobles should observe in their daily life as well as in their vocation; in a word, the ‘Precepts of Knighthood,’ the noblesse oblige of the warrior class.”

Bushido was never codified but rather evolved from several sources including Buddhism, i.e. Zen Buddhism to be more precise, which emphasized a calm trust in fate and a stoic composure in the face of danger and death.  For, after all, on the great Wheel of Life as seen in Buddhism, we will be reincarnated eternally until we achieve enlightenment and enter into Nirvana.

Zen Buddhism was especially well suited to form the religious and moral foundations of Bushido because it “represents human effort to reach through meditation zones of thought beyond the range of verbal expression.”

Buddhism originated in India with the teachings of Siddhartha Gautama, the historical Buddha. Gautama was born in Lumbini (in present-day Nepal) during the 5th century BCE, and as an adult he turned his back on his traditional lifestyle and became the founder and leader of a sect of wanderer ascetics (Sramanas), one of many sects that existed at that time all over India. This sect came to be known as Sangha to distinguish it from other similar communities.1

Under Ashoka the Great, who ruled India from 268 to 232 BCE, Buddhism became the state religion of India, and gradually migrated eastward to Tibet, China, Korea and Japan. Along the way, many different sects of Buddhism arose. Zen is a school of Mayahana Buddhism that originated in China during the Tang dynasty as Chan Buddhism. It was strongly influenced by Taoism, and developed as a distinct school of Chinese Buddhism. From China, Chan Buddhism spread south to Vietnam, northeast to Korea and east to Japan, where it became known as Seon Buddhism and Japanese Zen, respectively.2

In Zen Buddhism in particular, during sitting meditation, practitioners usually assume a position such as the lotus position, half-lotus, various yoga postures or, as we practice in Aikido, seiza. To regulate the mind, awareness is directed towards counting or watching the breath or by bringing that awareness to the energy center below the navel.

The native Japanese religion of Shintoism forms the other main source for the ethical foundation of Bushido. Its core tenets included loyalty to the sovereign, reverence for ancestral memory, and filial piety. Shinto theology believes in the innate goodness and Godlike purity of the human soul, “adoring it as the adytum from which divine oracles are proclaimed.”3 Because of this fundamental belief, Shinto shrines are conspicuously devoid of objects and instruments of worship, and a plain mirror hung in the sanctuary forms the essential part of its furnishings. The mirror typifies the human heart, which, “when perfectly placid and clear, reflects the very image of the Deity.”4

This belief is not unique to Shintoism and Japan but was instrumental in the early period of Greek philosophy. The Delphic maxim “Know Thyself” was inscribed in the forecourt of the Temple of Apollo at Delphi.5 The Greek philosopher Plato expanded these two simple words into the oft-uttered adjuration “The unexamined life is not worth living.”

Shintoism evolved to cover the two predominant features of life in feudal Japan as revered by the samurai class: patriotism and loyalty. And these were substantially derived from the teachings of Confucius, who enunciated the five moral relations between:

In the next part of this series, I will begin with exploring perhaps the most important precept in the code of the samurai: rectitude or justice.